The government confirmed in its Autumn Statement earlier this month that the next business rates revaluation will come into effect on 1 April 2023.

Over 2.1 million commercial properties have been re-assessed in the local list based on rental values dating from 1 April 2021.

With the total rateable value up from £65.7 billion to £70.3 billion (the central list has decreased to £3.7 billion), there are winners and losers across the regions and across different property sectors.

Our business rates team is now reviewing the draft list and advising clients of errors and whether appeals should be pursued when the list is published on 1 April 2023.  This is particularly relevant given that England and Wales were in lockdown on 1 April 2021, increasing the opportunity for businesses to challenge their rateable values.

A property’s rateable value (RV) represents its open market rental value as of 1 April 2021 and is used by the Valuation Office Agency to calculate a property’s business rates liability.

Average RVs in the South West have increased by 9.5% while Wales has seen a more modest increase of 1.3%.  We have also produced a national trend analysis by region for the rest of England and Wales.

You can check your property’s draft RV at www.gov.uk/find-business-rates

The government has also announced a package of measures worth £13.6 billion to help English ratepayers:

Following representations from many stakeholders, the government has frozen the uniform business rates multiplier for another year (2023-24).  This will help protect businesses from rising inflation and is worth £9.3 billion over the next five years.

The small business multiplier and standard multiplier have been frozen at 49.9p and 51.2p respectively.  This will support all ratepayers, large and small, meaning bills are 6% lower than they would be otherwise.

The government has also reviewed its Transitional Relief scheme which supports ratepayers facing large increases in their business rates bills as a result of a revaluation.

In the Autumn Statement, the government announced that businesses with a lower rateable value will now benefit from the full decrease straight away, removing the unpopular downward caps which were used to help those facing bill increases.

Businesses facing increased bills will also benefit from support worth £1.6 billion with bill increases capped next year and for the following years as follows:

NB: These caps are year on year increases.  All caps are before other reliefs, supplements and, in years 2 and 3, inflation.  Actual bill changes may vary.

Acknowledging the challenges facing the high street, the government has extended and increased its Retail, Hospitality and Leisure relief scheme from 50% to 75% for 2023-24, up to £110,000 per business.  An estimated 230,000 business properties will receive a £2.1 billion tax cut next year.

Business rates are devolved in Wales. The Welsh Assembly Government has yet to announce its multipliers and relief measures to operate from 1 April 2023. These will follow the Barnett consequentials in the normal way.

If you require professional advice on how the revaluation will affect you, get in touch with our business rates team. 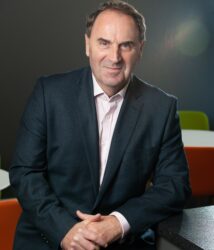