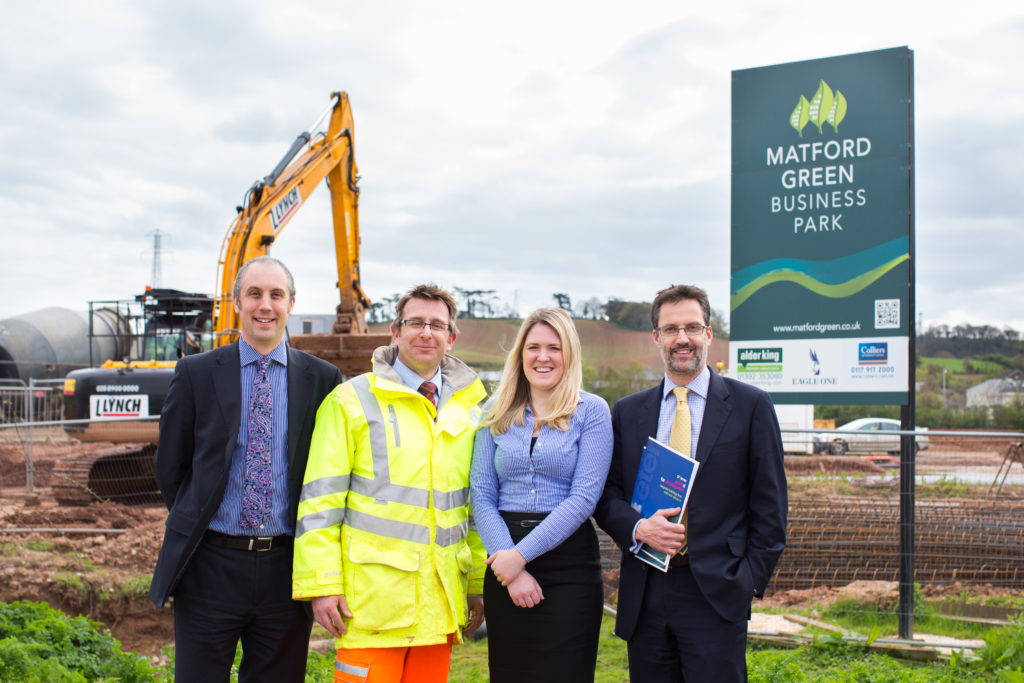 Following the granting of planning consent for the new Volkswagen car dealership, works have commenced to provide the new access road into Matford Green Business Park. The works will open up the site which has planning consent for up to 500,000 sq ft of employment space and 30,000 sq ft for a public house, restaurant and small scale retail facilities.

Paul Withers of Eagle One, on behalf of the landowner, confirmed that following completion of the first phase of the access road, work on the new showroom would commence in the summer.

Exeter City Council leader Pete Edwards said: “VW’s decision to expand and modernise its dealership is great news for Exeter.  Now that construction work has begun, it won’t be long until the city has yet another superb retail offering to add to its growing portfolio of successes.”

Exeter City Council’s Chief Executive and growth director Karime Hassan said: “This is a great boost for the Exeter economy as it signals the opening of the first phase of Matford Green Business Park.  This development further enhances Exeter’s reputation as the place to buy a car in the south west.”

Photo caption: Pictured at the entrance to the site are (left to right) Jon Symons of Eagle One, Adrian Perry of contractor South West Highways, Cllr Rosie Denham (Lead Member for Economy & Culture) and Paul Withers of Eagle One.