Back to Career Stories 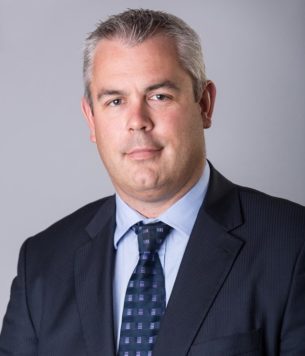 “I think our many awards speak for themselves. Everybody knows what the Alder King brand stands for.”

“When I joined Alder King as an associate in 2004, I was two years post-qualified – after a spell in a large corporate I was very attracted to working in a progressive, privately owned partnership where I could be master of my own destiny. I’d been brought up in the Bristol area and always wanted to work in the region. One of my early career highlights with Alder King was advising the University of the West of England, my alma mater, on the purchase of 70 acres of land from its neighbour, Hewlett Packard.

The firm has always encouraged me to pursue my interests and determine the direction I wanted my career to follow. After supporting me to investigate emerging markets in energy, I was given the opportunity in 2010 to set up a new Energy team, originally looking at ground-mounted solar. Demand from various forms of generation project has grown, and we now offer advice to landowners and developers on both renewable and traditional technologies, such as gas-fired power, as well as exploring innovative areas such as electric vehicle forecourt charging.

I was promoted to partner in 2011 and have continued in my Energy role alongside my specialism in residential development.  One of the most challenging of these was the sale of 350 acres of mixed-use development land on the site of the former Filton Airfield in 2015, including 2,750 homes. As part of the planning work, we also helped to relocate the Great Western Air Ambulance and Police Helicopter unit. This was a genuinely multi-disciplinary project.  Since then I’ve been fortunate enough to be involved in a number of the most significant land sales in the region.

Our forward-thinking approach is at the heart of what Alder King is about – we look, feel and act like an agile, independent company. We’re sufficiently dynamic and flexible to quickly move into new markets and – if need be – quickly move out of them again. Our management is accessible, which aids decision-making and contributes to a stronger and more stable business. I think our many awards speak for themselves. Everybody knows what the Alder King brand stands for.

For an ambitious person joining the company, there are no barriers to success. It’s a supportive environment where everybody is approachable and willing to share their knowledge and experiences: the opportunities are there for any member of staff with the drive and talent to succeed. And people like working here. I’ve been here for 15 years, and that’s not unusual – there’s a very significant amount of long service in Alder King.

The icing on the cake was being invited to join the Equity Partnership in 2019.

Stay up to date

Want to stay one step ahead in today's fast moving market? Sign up for insights delivered to your inbox.

Opt in here
This site uses cookies: Find out more.