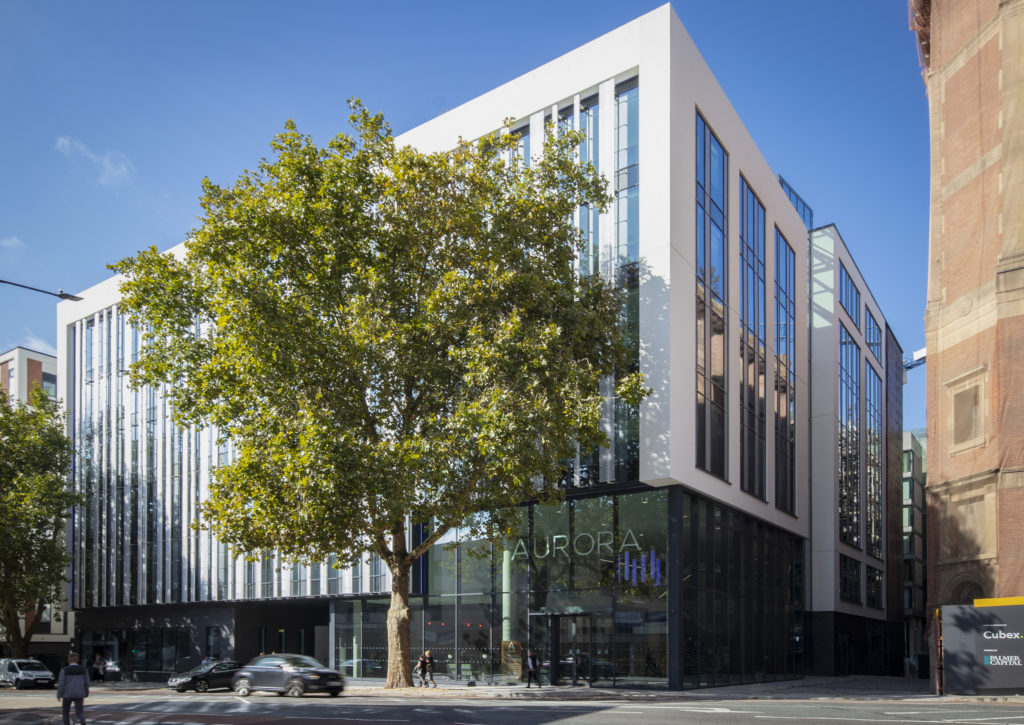 The report shows office take-up across nine key South West centres including Bristol, Exeter and Gloucester was up 8.5% on the previous year, from 1.7 million sq ft to 1.86 million sq ft.  Conversely, the region’s industrial market reported a decrease in take-up at 3.8 million sq ft, down on the 5 million sq ft in 2017.

Although stock levels in both markets steadied last year, the supply of Grade A and secondary office and industrial space remains at a historic low.  It was this, rather than any crisis of confidence, that impacted on take-up in some locations.

The tight supply led to increases in capital values and rents in Bristol, Cardiff, Exeter, Gloucester and Swindon.  Further income-led growth is expected in 2019.

Demand for investment opportunities also remained firm in 2018, with circa £1 billion of assets transacted in the region’s key centres, down from £1.5 million in 2017.  The industrial/logistics sector was once again the standout performer with unprecedented yields being achieved.

Simon Price, head of agency at Alder King, says occupiers and investors will find the market highly competitive in the year ahead: “Despite the supply/demand imbalance, the appetite for speculative development remains subdued, meaning occupiers looking for quality space will need to be flexible regarding timing and location.  Investors will also have to compete for the limited opportunities that come to market in 2019.”

Bristol office take-up was broadly consistent with 2017’s total of just over 1 million sq ft at 931,000 sq ft.  The city’s co-working/serviced office operators led take-up in the city centre, with significant transactions to Runway East at 1 Victoria, Desklodge at Unum House and Ethical Property Company at Phase 3 of the Paintworks.  Out of town, Bristol’s largest office transaction last year was UWE’s acquisition of 148,000 sq ft in two buildings from Hewlett Packard.

Both the city centre and out of town markets are now suffering from a severe shortage of Grade A space, yet there’s only one new office scheme currently under construction.  Royal London’s 90,000 sq ft Distillery scheme at Glassfields will complete in 2020.  AXA recently announced it would commence speculative construction at the Assembly scheme in Q1 2019.  This leaves occupiers with limited choice of immediately available Grade A office space.  The limited supply saw rental growth in both the city centre and out of town.  Lettings at Aurora led the way, setting a new city centre rental high of £34.50 per sq ft, up from £32.50, while the recently refurbished 600 Aztec West is now quoting £24 per sq ft.

At 220,000 sq ft, Gloucester’s office take-up was its highest level for some years, buoyed by Ecclesiastical Insurance’s plans to relocate to a new 65,000 sq ft building at Arlington’s Gloucester Business Park.  Horizon Energy continued its expansion, acquiring a further 14,300 sq ft of Grade A space, while out of town there were several notable city centre deals.  Supply of Grade A and secondary space remains at very low levels, leading to a second consecutive annual increase in rents for Grade A out of town space to £21.50 per sq ft.

Exeter’s office market recorded annual take-up of 199,000 sq ft.  The city saw new stock coming to the market, most notably St Modwen’s 17,142 sq ft speculative building One Tiger Moth Road.  The first floor was let on completion at a record rent of £19.50 per sq ft.  A second floor has now been let at £20 per sq ft, setting a new headline rent for the city.  Some good quality refurbished secondary stock, principally on Pynes Hill, became available and was quickly taken up, dampening the appetite for new build.  Rents increased throughout the year and £16 per sq ft is now the accepted level for good quality secondary space.

Take-up of industrial space across the region was 3.9 million sq ft, down 23% on last year’s total of 5 million sq ft.  Activity was constrained by a lack of quality supply rather than a lack of confidence by occupiers.

Bristol’s industrial market saw a dramatic 45% fall in industrial take-up, from 2.9 million sq ft in 2017 to 1.6 million sq ft in 2018, due to a lack of large scale speculative development and immediately available modern buildings.  The prospects for 2019 look more promising, with over 700,000 sq ft of speculative development now underway at Access 18 in Avonmouth, Central Park, Vertex Park and Warmley Business Park.

Manufacturing powerhouse Gloucester bucked the regional trend, recording a 30% increase in demand for industrial space compared to 2017.  Three large new buildings were delivered for manufacturing businesses at Arlington’s Gloucester Business Park including TBS Engineering, G-TEKT and Dowty Propellers.  Rents for new build space have increased to £7 per sq ft and further upward pressure on rents is likely this year.

Exeter saw a decline in industrial take-up last year, but as with other centres the market is characterised by a lack of supply, with no new build coming to market and very little secondary stock.  There is however a groundswell of demand which will lead to new development in 2019 which will help unlock the market.