Alder King, which was appointed as project designer for the scheme, will continue to coordinate and manage the construction works on the 22,000 sq ft retail development which is scheduled for completion in June 2018.

Devon Contractors has been appointed to carry out construction work on the £5 million building.

Mole Avon, which has country stores in Axminster, Crediton and Okehampton, has been based at Mill Street in Crediton since the early 1970s and has been looking to relocate to a suitable local site following earlier investment in its Okehampton and Axminster sites.

Andrew Edmondson, partner in Alder King’s building consultancy team, commented: “Having been appointed from the outset as principal designer for this project, it’s very satisfying to now see construction getting underway.  We will continue to provide project monitoring and management of all works to ensure the new store is delivered satisfactorily, on time and within budget.” 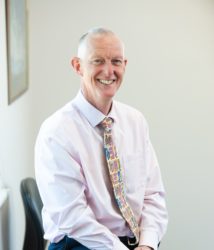