Consultation starts for new helicopter base

A proposed new base has been found for the Great Western Air Ambulance Charity and National Police Air Service.  Currently based in Filton, Bristol, the air ambulance and police helicopter service has been looking for a new site for their joint helicopter base since last September.

Following work by Alder King that assessed all suitable and available sites across the West of England sub-region (the former county of Avon), a new base has been identified just off the M4/M5 junction in Almondsbury – very close to the current location – that has the full support of both the air ambulance and police.

Both services have confirmed that Almondsbury provides the best option for a permanent relocation site.  There would also be a new purpose-built facility for the medical and flight teams, replacing the WW2 hangar that the air ambulance currently operates from.

John Christensen, chief executive of the Great Western Air Ambulance Charity, said: “Not only would the new site give us a better base to operate from but it would also give us and the local community the confidence that our service will continue uninterrupted.  Also, it is only a short distance from where we are now, so response times would remain the same.”

Similarly, Avon and Somerset’s Chief Superintendent, Caroline Peters, is supportive of the move.  “My priority is to ensure we deliver an effective Police service to the public.  Now that our specialist air unit has assessed the site and shown that it is actually better operationally than remaining in the redeveloped former airfield, we support the move to the new location.  Helicopter bases are best placed away from areas of dense population with clear flight lines – the proposed base at Almondsbury fits this description.”

The development team behind the proposed new base will be consulting with the local community in the coming weeks, with two drop-in sessions planned on Wednesday 11 and Thursday 12 March, both at the Almondsbury Interchange Hotel on the A38, between 2pm and 7pm.

Anyone who wants to contact the development team can reach them on 0800 073 1047 during office hours or by email at mail@filtonairfield.co.uk 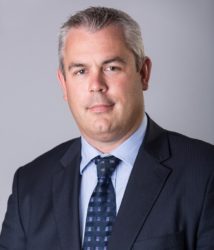