This briefing note provides an overview of the government planning reforms consultation, focussing on a number of key proposed immediate and longer term changes.

The government notes a fuller review of the NPPF will be required in due course, and its content will depend on the implementation of its proposals for wider changes to the planning system, including the Levelling-up and Regeneration Bill (‘the bill’). The bill was introduced on 11th May 2022 and, subject to Parliamentary approval; the bill is anticipated to receive Royal Assent in Spring 2023.

What is being consulted on and when is the deadline for responses?

The consultation runs to 11:45pm on 2nd March 2023. It seeks views on the government’s proposed approaches to updating the NPPF and to preparing NDMPs, how policies to support levelling up might be developed and how national policy is currently accessed by users. The geographical scope of the proposed planning reforms relates to England only.

No changes are proposed to the standard method for assessing local housing need as part of the current consultation. In calculating the standard method, the government continues to use the 2014-based household projections data. However, once the implications of the new 2021 Census based household projections has been considered (planned to be published by the Office for National Statistics in 2024) the government will review the approach to assessing housing need.

While the standard method is proposed to remain, the proposed NPPF changes give greater clarity on how this is to be used, in that the “the outcome of the standard method is an advisory starting-point for establishing a housing requirement for the area” as part of the plan-making process. The proposed NPPF changes continue to set out that “there may be exceptional circumstances relating to the particular characteristics of an authority which justify an alternative approach to assessing housing need…”

This builds on existing policy within the NPPF (paragraph 61) which makes provision for local planning authorities (‘LPAs’) to deviate from the standard method in preparing strategic policies where exceptional circumstances exist. The proposed new NPPF wording provides greater clarity, stating that the standard method is only an advisory starting-point for establishing housing requirement.

The government is proposing to remove the requirement for LPAs with an up-to-date plan (i.e. where the housing requirement as set out in strategic policies is less than 5 years old) to demonstrate continually a deliverable 5-year housing land supply. It is further being proposed to remove housing land supply buffers (5%, 10% & 20%) entirely from national planning policy in future.

The government is proposing greater defence for areas from speculative residential development, which are subject to a neighbourhood plan by boosting the status of these plans.

Currently, where the most important policies for determining an application are out-of-date, the NPPF (under paragraph 11d) places an emphasis on granting permission. One exception is where any adverse impacts of doing so would significantly and demonstrably outweigh the benefits, when assessed against policies in the NPPF.  However, where a neighbourhood plan is in force, it is proposed that the decision-maker also needs to consider a bolstered paragraph 14 of the NPPF.

The stated intention is to afford greater protection to areas covered by a neighbourhood plan, which would, in practice, provide greater weight to resist speculative planning applications in more instances.

The government is proposing new wording in the NPPF to set out that “Green Belt boundaries are not required to be reviewed and altered if this would be the only means of meeting the objectively assessed need for housing over the plan period”.

This highlights the government’s continued support in using Green Belt policy as a means to resist inappropriate development in these areas. While the government remains committed to delivering 300,000 homes a year by the mid-2020s it seems that it proposes to give LPAs more power to resist identifying Green Belt land for development as part of the plan-making process. Identifying a reduced level of housing than that of the objectively assessed need would be acceptable, if the only solution to achieving higher numbers would be on Green Belt land, which is not considered to be appropriate.

The bill will remove the duty to cooperate, however it will remain in place until those provisions come into effect. The government are proposing, as part of a future revised NPPF, to introduce an “alignment policy” to secure appropriate engagement between authorities.

Developer accountability of past behaviour

Separate to the proposed immediate changes to the NPPF, the consultation seeks responses on potential future ways to improve developer accountability and, in particular, take account of past irresponsible behaviour in future decision-making.

The government has developed a package of measures to incentivise the prompt build out of permitted housing sites and to support LPAs to act against those who fail to meet these commitments. These proposed measures will form part of the bill and future national policy changes.

NDMPs would cover planning considerations that apply regularly in decision-making, such as general policies for conserving heritage assets, and preventing inappropriate development in the Green Belt and areas of high flood risk. NDMPs would provide standard policies across England such that these would not need to be repeated within local plans where there are no bespoke local issues and they would be given the same weight as policies in the development plan.

Documents published by the government as part of the current consultation comprise: 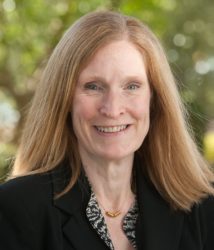