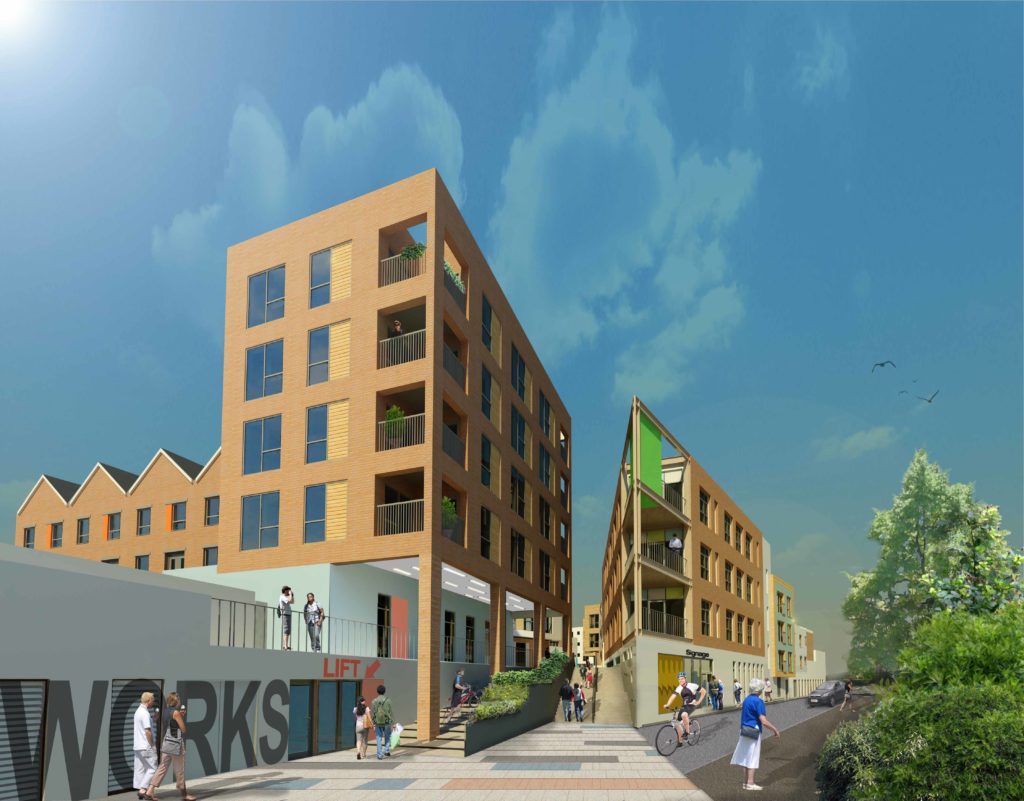 Verve Properties and Crest Nicholson have entered into a joint venture partnership to develop Phase III of the Paintworks, on the A4 at Totterdown on Bristol’s riverside.  The partnership plans to develop 221 residential units, 61,700 sq ft of commercial space with separate BBC studios, 5,000 sq ft of retail/leisure space and 11 live/work units.  Work will begin later this year on what will be the first major project to be undertaken within Bristol’s Enterprise Zone.

The development will form the next phase of the regeneration of the site and will see Crest Nicholson deliver a mixture of high specification two, three and four bedroom houses, as well as a number of one and two bedroom apartments.  Improvements to pedestrian and cycle links will also be incorporated to better integrate the development with the surrounding streets, cycle ways and public open spaces.

Phase III currently consists of mainly 1960’s and 1970’s warehouses and unlike the previous phases which were largely conversion, will be entirely new build. Verve took great care in delivering the character and spirit of the earlier phases and will retain the intimate streets, arcades and courtyards of Phases I and II.

Verve Properties completed Phase I of the redevelopment of the former Victorian paint factory in 2006 since when it has developed into the South West’s key hub for creative companies:  Occupants on the scheme, highlighted by English Heritage as an exemplar industrial regeneration project, include the BBC and RIBA and is the location for Endemol’s ‘Deal or No Deal’ TV game show.

Ashley Nicholson, Verve director, said: “Our partnership with Crest Nicholson provides us with the specialist skills to deliver the substantial residential element to consolidate our vision to create a new community in this previously derelict piece of land. Having created the destination and active employment it is logical to bring people in to live on a greater scale than previously. We remain committed to the idea this will be a vibrant piece of townscape.”

Benjamin Miller, Development Director for Crest Nicholson South West, said: “This is a really exciting development of new homes for Bristol and we’re delighted to be partnering with Verve to deliver it.  The Paintworks is a fantastic creative hub for the city, that’s already drawing a lot of attention and we anticipate high demand for our flagship collection of houses and apartments when they launch to market next year.”

Savills represented Verve on the residential aspect of Phase III; Alder King is the commercial agent for the Paintworks.