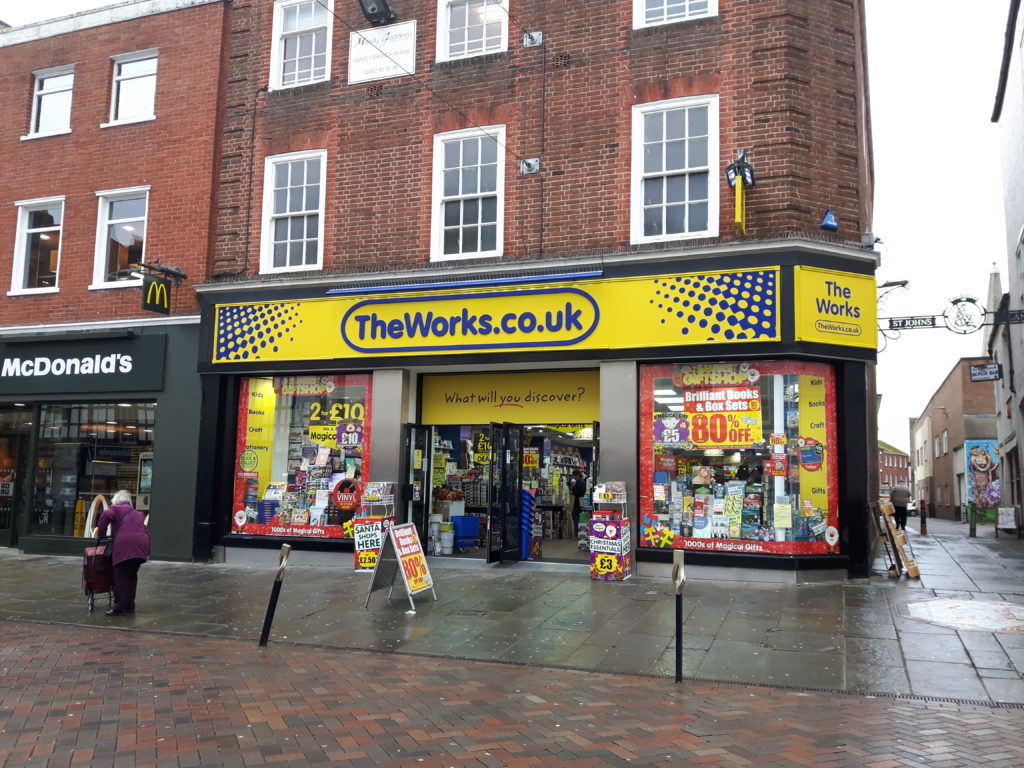 The discount retail chain The Works has opened its second store in Gloucester, after agreeing terms on a prime retail unit on Westgate Street.

The chain, which already has a successful outlet store in The Quay at Gloucester Docks, has now opened in the former Officers Club unit at 16-18 Westgate Street, close to The Cross where the city’s four prime gate streets converge.

The property provides a substantial and well-proportioned 2,987 sq ft ground floor sales area, with ancillary offices and stores to the rear and on the first floor.

John Hawkins, associate in Alder King’s Gloucester office, commented: “Demand on all four key streets of the city centre has improved over the past 18 months, but particularly so on Westgate Street where we’ve seen a number of new lettings.

“The opening of a second Works unit in the city demonstrates the improved level of confidence in the city’s retail centre.”