The first commercial unit at the mixed use Redcliff Quarter development in central Bristol has been sold to the upscale steakhouse and bar chain Pasture.

Sam Elliott, chef owner of Pasture, has acquired the long leasehold interest of Unit 2.4, a prominent and expansive corner unit which fronts St Thomas Street and Cross Street. The well-positioned building is just around the corner from Elliott’s highly successful first restaurant on Portwall Lane.

The new venture, known as Prime & Pasture, will include a new butcher’s shop, grocery, burger joint and breakfast offering and will open in early 2023 as an extension of the Portwall Lane site. It will create 50 new jobs in the city.

Elliott said: “Redcliffe has undergone a major transformation since we first opened our doors in 2018.  Both residential and office blocks are being constructed all around us and it’s fast becoming a stylish and sought after central location for Bristol. We are very excited to bring our new offer to Redcliffe with an emphasis on high quality food and sustainable production.  We have plans for further expansion next year.”

Redcliff Quarter is located within a conservation area and just a few minutes’ walk from Temple Meads railway station. The first phase of the development consists of 246 apartments in two blocks, with seven ground floor commercial units.

The second phase, which comprises the central build to rent site with a further 400+ homes, was sold to the Newcastle-headquartered property firm Grainger plc in June and is now under construction.

Property consultants Alder King acted for the vendor Redcliff MCC LLP in the disposal to Pasture.  Tom Dugay of Alder King’s agency team said: “Securing such a big name occupier as Pasture as the anchor tenant is a real coup which will help establish this area as a strong new destination in the city.”

Pasture, which was represented by ARC Retail & Leisure, acquired the long leasehold interest in the 2,905 sq ft Unit 2.4. It opened its first highly popular restaurant in Bristol in 2018 and expanded in 2020 with a stylish and widely acclaimed restaurant and bar on Cardiff’s High Street. 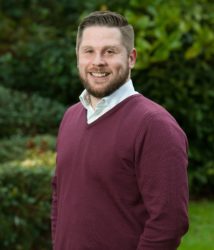