Property consultancy Alder King’s Gloucester office, which has been responsible for many of the major commercial property transactions in Gloucestershire in recent years, has been named as Gloucestershire’s Most Active Property Agent for the ninth year in succession by property publication Estates Gazette.

Alder King won the award for completing the highest number of deals in the county over the past year, competing against other local and national property consultants in the region.

The firm’s joint head of office and partner Adrian Rowley was also crowned the county’s top dealmaker.  He said: “We are delighted to have won this award for the ninth year running – it’s testament to the hard work and commitment of the whole team.

“Gloucestershire is a resilient location which continues to perform well, enjoying strong levels of demand across all sectors.  Take-up of space has been good despite the current challenge of low stock levels.  Our success in securing deals on behalf of clients in a challenging market makes this award all the sweeter.” 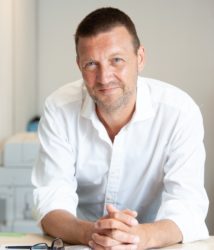