Demand for freehold industrial space in central Bristol has become so competitive that an increasing number of properties are being sold by best bids, say industrial experts at Alder King.

Supply of industrial space in the city is at a 12 year low and while there is a limited return of speculative development outside the city in major employment zones such as Avonmouth, availability in Bristol’s traditional industrial heartlands of Bedminster, Hartcliffe and St Philips is increasingly scarce.  This lack of space is proving challenging for businesses wanting to relocate and demand for available freehold properties in particular is highly competitive.

Inviting best bids in a competitive market is often a win-win situation for both the vendor and purchaser, helping to conclude a sale with a purchaser who can demonstrate its ability to pay a fair price and proceed in a timely fashion.

Alder King points to its recent sales of Brislington Fire Station and the former Trimite Building in St Philips as examples of freehold best bid situations.

Brislington Fire Station was put on the market as a result of its amalgamation with Keynsham fire station into a new combined station at Hicks Gate.  The property, which included a secure yard, attracted significant interest from a number of parties and went to best bids.  The successful purchaser was a local family-run business which acquired the freehold for an undisclosed sum off a quoting price of £475,000.

The former Trimite Building in St Philips also attracted competing bidders.  Acting on behalf of a property fund, Alder King was seeking offers of £1 million for the property but secured the sale in excess of this figure.  The successful purchaser will use the property as offices and warehouse storage.

In another example, Alder King was instructed to market a dilapidated transport depot with two warehouse buildings on a 0.36 acre site in Easton.  Such was the demand for the property that Alder King invited best bids and secured six offers.  The successful bidder paid £25,000 over the asking price.

Emma Smith, industrial surveyor at Alder King, said: “It wasn’t that long ago that vendors were offering generous incentives to secure purchasers.  Now the return of occupier confidence, coupled with the lack of supply, has put vendors very much in control and purchasers are having to react to the changed market conditions.  Conscious of the extreme lack of supply, they are increasingly offering faster transaction times and bidding over the asking price to secure the property of their choice.” 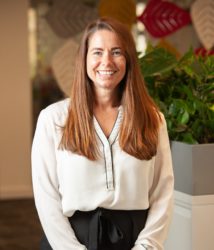